Home » Celebrity Psychic Readers Articles » Nostradamus And His Prediction For 2018

Nostradamus And His Prediction For 2018

Nostradamus’ predictions have been studied for so many centuries by great scholars and today many of these predictions are still unsolved.

Some think that every vision was a puzzle that needed the right pieces to be solved.
Even if the skeptics believe that Nostradamus’ predictions had been just pure fantasy, some experts of his prophecies are convinced that about half of them have already been realized.

WHAT DO NOSTRADAMUS’ PROPHECIES FORESEE FOR 2018?

Nostradamus’ prophecies foresee for 2018 some terrible events that will totally change our planet from how we know it today.

The French prophet thought that during the year 2018 the dead will rise from their graves, and the world will have to face changes between nations and there will also be severals natural disasters that will shake the world. Here there are some of Nostradamus’ prophecies for 2018.

IS WORLD WAR 3 GOING TO START IN 2018? NOSTRADAMUS’ PREDICTION IS BECOMING TRUE?

In the quatrain of Les Propheties is foreseen even the victory of the last president of the United States of America, Donald Trump: in the 40th quatrain is written:” the “false trumpet” (Donald Trump) will make sure that Byzantium will change his laws”.

The scholars think that the prophet used the term Byzantium for reference to Greece, land where migrants come to arrive in Europe.

In fact Donald Trump has based all his election campaign against migrants.

In the 57th quatrain is written: “the false trumpet will provoke big disagreements. An agreement will be broken and the face of milk and honey lies on the ground”.

With these words Nostradamus has made reference to Israel, which is called like this in the Bible in the book of Numbers 13, verse 27-29 with this words: “The country where flows milk and honey”.

This means that Trump’s election might provoke the end of Israel. Lastly, the 50th quatrain says: “The Republic of the big city”, The U.S.A., will be brought “by the trumpet to be engaged in expensive military operations” and “the city will repent”.

That’s what happened in Syria during the attack by Trump.

NOSTRADAMUS HAS FORESEEN THE WORLD WAR 3

Between the quatrains of the book Les Propheties is the quatrain that announces the WW3 the most terrifying.
Nostradamus announces in a quatrain that the big war would start during these years and it would start from the terrorist attacks that happened in France and the invasion of the Arabs and Muslims, the prophecy says: “the big war will start in France and then all Europe will be attacked, it will be long and terrifying for everyone…and then finally there will be peace but only a few will enjoy it”.

In other verses he writes: “for disagreements and negligences there will be opened a passage for Mohammed: of blood sunk in the ground and in the sea, Marseille’s port will be covered by ships and and sails”.

Then he talks about Rome: “there will be many cossacks’ horses who will be drinking from Rome’s fountains, the fire will fall from the sky and it will destroy three cities. The city will lose the faith and it will become the reign of the Antichrist, Rome will disappear.

Everything will be believed lost and there will be only murders, it will be heard noises of cursing and weapons”. These words written 5 centuries ago are terrifying because some of events have already happened.

2025 WILL BE THE START OF A LONG PERIOD OF PEACE

The prophet announces the third global war, and he thinks that it will lead to many deaths, blood and destruction but he also foresees the end of the war.

According to his visions, the year 2025 will be the year that will illuminate the world and it will give peace and serenity.

The prophet finishes his quatrain with this words: From the ashes of destruction peace will reborn but few people will enjoy it.”

Are those predictions becoming true or not? We can’t know it but feeling the tension present in the air, we are afraid about the fact that the great prophet has foreseen what will happen.

HERE ARE SOME OTHER NOSTRADAMUS PREDICTIONS FOR 2018 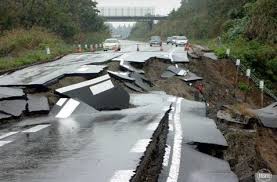 Strong earthquakes will shake many areas of our fragile planet. China is one of the countries that will suffer the fury of the earthquakes and since 2018 will cause thousands of deaths.

During the winter of 2018, “the belt of fire of the Pacific” will record an unusual activity. It will cause severals earthquakes and the eruption of three volcanoes.

The floods all around the world will beat all the records. We will see the global media talking about storms and climatic disasters.

There will be typhoons in China, Japan and even Australia. Russia will be affected by extreme weather and there will be many floods.

THE COLAPSE OF THE GLOBAL ECONOMY

Nostradamus has foreseen that “the rich people will day many times”. Nostradamus’ prophecy overlaps with the foresight of the economist Martin Armstrong, which affirmed that it might be a financial collapse caused by the rising resentment against the “status quo”.

THE SOLAR RADIATION WILL BURN OUR PLANET

“ The kings will steal the forests, the sky will open and the fields will be burnt by the heat” had written Nostradamus.

For some experts it’s a warning about the next destruction of the tropical forests and the increase of the ozone’s hole, which will provoke an exposure of the Earth to the solar radiation.

THE BIG ERUPTION OF THE VOLCANO VESUVIUS

In 2018 there will be a big eruption of the Vesuvius that will shake all Italy.

According to the Italian geologists and volcanologists, the Vesuvius is more than an active volcano and a big eruption is expected at the end of 2018 or the start of 2019 and it might be the worst of this volcano, there was one in 79 A.C. and another one in 1631 A.C. (the worst two of history).

As e medic fascinated by occultism, Nostradamus risked provoking the wrath of the Catholic Church when he predicted the future for the next twenty centuries. Was he a true visionary or maybe his legendary accuracy is just a myth amplified by time?

The short and lively individual, with a long and thick beard, was a freak of nature at the Renaissance Court of king Henric the Second of France. Being known as the son of converted Jews, passionate by astrology and other occult sciences, Nostradamus was invited to Paris in 1556 mostly as a source of entertainment.

But his prophecies about the king will bring him international fame. One of these seemed to be true, but absurd nonetheless, suggesting that a “blind man” will soon become king. Another one, cryptic and interpretable in its nature: “The young lion will defeat the older one on the battlefield, in a single fight.

It will pierce his eyes in the golden cage, two wounds in one, and then he will suddenly pass away.”

On June 1st, 1559 when the king was taking part in a tournament, by accident, the lance of his friend, who was his adversary, pierced the royal golden helmet and continued into his eye. The horrified culprit, Count of Montgomery, was younger than the sovereign.

A splinter from the broken weapon caused a secondary injury, and the king suffered greatly for ten days straight, after which he passed away.

The words of Nostradamus were duly remembered. Because of their strong opposition against magicians and wizards, the leaders of the Romano-Catholic Church would have preferred to burn this dangerously exact prophet alive.

The peasants, on the belief that the prediction was actually a curse, burned him in effigy. Only due to the now widowed queen, Caterina de Medici, did he manage to avoid execution.

Being on the brink of civil war, France represented an ideal environment for the dark and cryptic prophecies of Nostradamus, published in 1555 – the first 100 out of the almost 2000 which he will release until 1557.

These Belts were immediately successful and so represented the grounds for the author’s acceptance in Court.
Recognizing that he intentionally went for a “cryptic way of expression”, Nostradamus wrote in an obscure language, originating from his contemporary French, but full of Italian, Greek, Hebrew and Latin phrases and words.

Each prediction was made of four verses, a quatrain, but none resembled a poem. The visionary claimed this style defended him from the punishment of the powerful, who weren’t exactly delighted by his words.

Some of the more skeptical observants agree on the fact that the vague style is consciously adopted so as to develop open for interpretation pieces of writing. As a result, there probably are almost 400 different interpretations of the Belts, each of them trying to reveal the secrets of the prophecies dating to 3797.

On the grounds of the internal disturbances, many people in France, like queen Ecaterina, didn’t feel the need to have history confirm the words of the medic. His prediction regarding the death of her husband was sufficient.

Without any shadow of doubt, she stands behind his promotion as leading medic of her son, Carol IX.
According to a well-known tale, Nostradamus once called for an angel, named Anael, and asked him to use a magic mirror and reveal to him the fate of the queen’s children. The mirror had showed the three sons as rulers, but only temporary, while her disgraced son in law, Henric de Navarra, was bound to rule for 23 years. Scared, the queen demanded the finalization of that unpleasant show.

Actually, Nostradamus probably visited her in Court only to create the horoscope for her and the children. It’s highly likely that Nostradamus was capable enough to envelop his unpleasant visions in ambiguous phrases, given the fact that monarchs – no matter how kind initially presented themselves to clairvoyants – were renowned for punishing the messengers because of their message.

For many interprets of Nostradamus’ Belts, the text is full of prophecies regarding extremely violent contemporary events – from the rising of Hitler to power, to the assassination of both John F. Kennedy and his little brother, Robert.

In Germany people strongly believed in the sayings regarding the Third Reich. Actually, both in England and in Germany, they falsified a series of quatrains, thus making them more favorable to their cause, and threw them from an airplane as means propaganda.

On the other hand, one of his authentic quatrains was considered by many to be the foreteller of the war: “A live fire and death hidden in globes will be horribly unleashed. By nightfall, the enemy forces will obliterate the entire city.”

The interest manifested towards the renaissance prophet was reborn following the dramatic events in Iran, when the Shah was banished by the followers of the ayatollah Khomeini, who had been previously exiled in France.

According to a translation, Nostradamus wrote: “Rain, famish, and war will not cease in Persia. A belief too strong will betray the monarch. What began in France will finish there, a secret sign will be put away.

“An accurate prediction or an altered interpretation? Could it provide credibility to another prophecy meant to come true in the future, one of the few with a precise date?”

HE ANNOUNCED HIS OWN DEATH

One of the biggest poets of France, Pierre de Ronsard, wrote about his contemporary: “Like an antique oracle, for many years he predicted a large part of our destiny.” Obviously, the prophet dwelled in the respect of the royal family and an increasing fame, up until his death, in 1566.

Inevitable, many remained extremely skeptical regarding his work, or worse, they thought he was a simple intelligent con man who took advantage of the credulous.

Per some researchers, Nostradamus even predicted his own death: “Beside the bench and bed I will be found dead.” After which, one evening he announced he will not survive the following night, he died because of his gout and was found cold the next morning in the bedroom, beside his working table.

Celebrities Consults A Psychic Reader Too