When Predictions Come True: A Look at 6 Predictions from a New York Psychic that Actually Happened

When it comes to New York native and renowned psychic Suzan Saxman, predicting the future through her psychic visions is already an impressive phenomenon. But when some of those predictions actually come true…that’s an even greater accomplishment.

Suzan Saxman is a psychic who communicates with the dead…spirits who have something of importance to relay to the living. At first, the psychic tried ignoring the troubling premonitions and visions coming to her. But over time, she learned to accept them and use her gift in order to help people and also help distressed spirits move on. So, let’s take a look at six shocking predictions that Suzan Saxman got right…

Once upon seeing a client, Saxman suddenly felt an overwhelming sensation of nausea. When she asked the client how she was feeling, the client replied that she was feeling great and even took supplements. She insisted she was in good health. Saxman, however, thought otherwise, as finally the nausea became too much, and she had to excuse herself before rushing away to vomit. The psychic then begged the client to go see a doctor, telling her something was really wrong. The client, however, wouldn’t listen to Saxman, who implored her several times to go get checked out. Unfortunately, she was correct, as she saw the woman’s obituary in the paper a few months later.

Determining the Reason Behind a “Haunted” Room

A client came to Saxman insisting that a room in her house was haunted, telling her how the family dog and children wouldn’t go in the room, as it seemed to feel off and scary. Saxman had a vision of a young boy in the room who was left behind when his family dies. She suggested leaving a toy in the room so he would feel acknowledged. It turns out, she was right. The woman reports having left something in the room for the boy as well as lighting a candle for him. After she’d done that, the boy was gone and the room seemed normal again.

Prediction of a Divorce That Wouldn’t Happen

A man who was in the middle of a bad divorce proceeding came to Saxman looking for guidance. However, much to his confusion, the psychic told him that she didn’t see him getting a divorce, but that he’d have sole custody of his daughter. Of course, that confused the man, but that’s what Saxman saw. A week later, the man’s wife came to see Saxman, telling her that she’d been right. That’s because her husband had been killed in a plane crash…before a divorce could be finalized. Years later, her daughter had died of leukemia, meaning that she was now in the care of her father, proving that he did in deed end up getting sole custody.

Prediction of a Car Accident 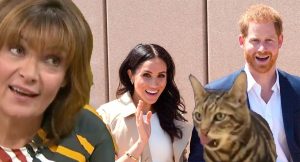 In Florida, a boy came to her for a reading. She got a bad feeling about his boy and cars, telling him she didn’t think it would be safe for him to drive and perhaps he shouldn’t even get a driver’s license. It turns out, a month later, Saxman got a call from the boy’s mother telling her she was right. The boy had died in a car accident. A friend of his was driving and in the crash the boy, who was riding in the passenger side, got thrown from the car.

As she was getting ready for a reading, a woman showed up without an appointment asking for advice about a potential new job. She was in a hurry and wanted to know if she should take the job. Saxman didn’t seem to see anything about a new job, only seeing a ghost named Howard. Upon asking the woman if she knew somebody named Howard, the woman told her no. Saxman apologized and told her that’s all she was seeing. After the woman left, Saxman’s appointment showed up. It tuns out, Howard was actually waiting for that woman instead. He was the client’s deceased father.

A Personal Phone Call from Beyond

Saxman had an old phone she’d disconnected years ago. However, in the middle of the night, that phone started ringing. The caller ID said it was an incoming emergency call and showed the date as being Wednesday, March 10 when it was actually the month of September. That’s when Saxman realized that the date displayed on the phone was the exact date when her mother passed away. So, apparently, she was getting a call from her dead mother. Saxman decided not to answer the call, but the experience was definitely a spooky one!